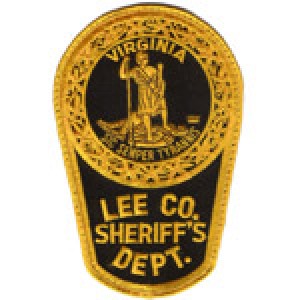 Sheriff Gary Parsons release a press release on Tuesday reporting a tip leads to drug arrest.  According to the press release, on June 27th the Lee County Sheriff’s Office received information on drug activity at the residence of Daniel Fred Robinson.  After receiving information deputies, Capt. Taylor Scott, Lt. Chris Dillman and Sgt J.T. Coleman conducted a 4th amendment search of his home at 247 Summit Ave, Lot 114 in Pennington Gap.  They were assisted by the Pennington Gap Police Department’s Nathan Kennedy and Tracy Parker.  The officers made contact with Mr. Robinson in an out building belonging to him adjacent to his home.  A search was conducted on the out building resulting in 27.5 grams of Methamphetamine, a digital scale, several syringes, Suboxone and a container of ammunition.  Also, Mr. Robinson was in possession of $1,576 dollars in cash.  Mr. Robinson was charged with a number of offenses including possession of a Schedule II with intent to distribute, possession of drug paraphernalia and possession of ammunition by a convicted felon.  Mr. Robinson was held in the Duffield Regional Jail without Bond.

A full copy of the press release can be found here.